Kiwis and overseas visitors also have a great affinity for our iconic lakes and rivers, yet few people are aware that there are 15 throughout the country safeguarded by Water Conservation Orders (WCOs), effectively providing National Park protection status to these outstanding waterways.

WCOs protect these wild and scenic waterways in perpetuity for all New Zealanders - present and future generations - to enjoy, keeping them safe from extraction or alteration for private gain.

A WCO is New Zealand's highest level of protection that can be afforded to a body of freshwater, with rules which local councils must abide by when considering resource consents involving that waterway. This protects the water body from ad hoc and potentially harmful activity that conflicts with the values of the river.

Up until 1981, there was no mechanism in New Zealand for preserving or protecting any of New Zealand's outstanding waterways.

The value of today's WCOs is that they:

Indeed, New Zealand's future - in terms of wealth creation through tourism, marketing of goods produced in an environmentally sustainable manner, and our obligations to future generations - depends on the protection of our natural waterways that have outstanding amenity or intrinsic values.

We must continue to support the safeguarding of these rivers and lakes by the provision of WCOs, and resist any attempt to erode the status they have already won.

National Park status on a river or lake is as vital as one over lands that are set aside for their intrinsic worth and for the benefit, use and enjoyment of everyone.

When it became clear in the 1970s that there were plans to develop hydroelectric dams on almost every large river in New Zealand, several outdoors groups set up the Wild and Scenic Rivers Committee.

They were concerned about the loss of wild water for scenic and recreational purposes, and the demise of unique habitat for wildlife such as whio (blue duck).

The committee argued that the law should not only allow water to be exploited, it should help safeguard it. In 1981 the government passed the Wild and Scenic Rivers amendment to the Water and Soil Conservation Act 1967, to ensure the wild and scenic values of a river were conserved.

In 1979, as a precursor to the Water and Soil Conservation Amendment Act 1981, the Minister of Works and Development and the Minister for the Environment adopted a set of policies to ensure the protection of rivers or sections of rivers which have outstanding wild, scenic or other natural characteristics.

In 1982 a draft of the national inventory of wild and scenic rivers was prepared to give effect to the joint ministerial policy statement. This draft was released for public comment and finalised in 1984.

The RMA continued the previous water conservation law but in an amended form. The RMA established a single category of WCO, dropping the previous hierarchy of National Orders and Local Notices.

Some organisations that have applied for or supported WCOs 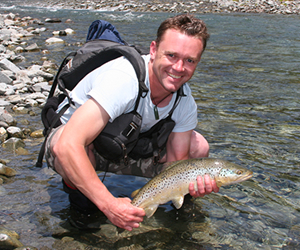 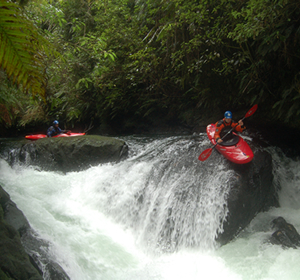 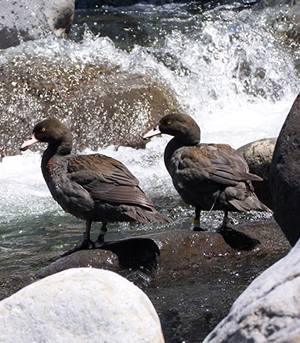